Mark Keohane, on IOL, writes the British & Irish Lions in South Africa in 2021 won’t be a traditional tour but the biggest sporting event in South Africa since the FIFA 2010 Soccer World Cup.

The British & Irish Lions in South Africa in 2021 will be an eight-event rugby extravaganza and carnival. It will be the biggest sporting event in South Africa since Fifa’s 2010 Soccer World Cup and it will also be a visit that will revolutionise how rugby tours operate in the future.

The Lions won’t be a tour in the traditional sense but an élite global sporting event.

The first Lions professional tour was against the Springboks in 1997 and very little separates the two teams in 46 Tests, with the Springboks winning 23, the Lions 17 and the remaining six matches drawn.

The history and the memories from the past have been so special.

Take a look back at some of the great Tours in South Africa. 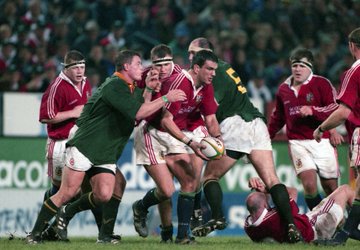 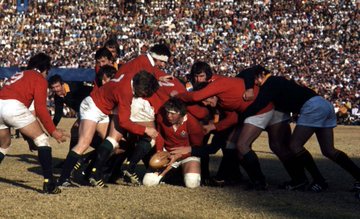 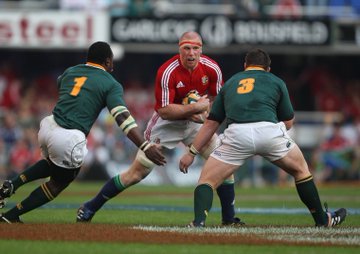 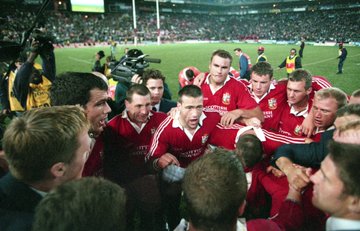 South Africa should have hosted the 2023 Rugby World Cup. An Independent Committee recommended to World Rugby that South Africa’s bid was the strongest when assessed against France and Ireland.
There were 27 categories in the 2023 Rugby World Cup bid and South Africa was rated the best in 17 of those categories. South Africa’s recommendation was made public and official two weeks before World Rugby’s Council’s vote. The expectation was that the Council members would rubber-stamp and endorse the 18-month working assessment of the Independent Committee.

Stunningly, France was awarded hosting rights for 2023 when it came to a vote.

“The 2023 Rugby World Cup bid outcome was a massive disappointment for us, as a nation and as one of the powerhouses of rugby,” recalls South African Rugby Union president Mark Alexander. “It was also a huge commercial blow. We had to regroup and ensure that the British & Irish Lions in South Africa in 2021 spoke to everything we would have wanted to achieve with the hosting of the 2023 Rugby World Cup.”

The South African Rugby Union subsequently invested in the expertise of the best sporting commercial brokers and some of the most experienced and astute minds in rugby. What followed was a commercial model that spoke to every international global professional sporting trend.

A joint venture with the Lions was agreed, with the Lions head coach Warren Gatland as much a part of the eight-event schedule structure, as the South African Rugby Union.

This was no longer just about a rugby tour, in which the tourists are shifted up and down the country for the sake of it and for a supposed hometown advantage.

The schedule was meticulously thought out, so as to ensure an unrivalled spectator and fan experience. The schedule also had to speak to maximising the tourists’ ability to perform, and every commercial avenue had to be maximised.

The Lions, in rugby, are second only to the Rugby World Cup, but the Lions are also unique in that they only visit South Africa every 12 years.

The #LionsSA2021 Tour will see us visit Cape Town, Port Elizabeth, Durban, Pretoria and Johannesburg – get the full guide to all the stadia here! https://www.lionsrugby.com/2019/12/04/south-africa-tour-stadia/ …

The schedule for the 2021 British & Irish Lions Tour to South Africa is out and we now know that the Lions will play eight matches at seven stadia brimming with sporting history.

“The British & Irish Lions are very special and 2021 will be an incredible occasion. You have the best of four nations, three of whom were ranked number one prior to and during the World Cup, playing against the world champion Springboks,” says Erasmus. “You also have five other matches, where South African players get a once in a career opportunity to play against the Lions. There are Springboks who have played in three World Cups and won the World Cup but who never got to experience playing against the Lions.”

“We had to create a vehicle to deliver a global élite sporting event that gives a world-class supporter experience. Our filter is the player, the supporter, the legacy, the efficiency and commercial. When we assessed existing tour models, we knew we had to change. We had to learn all the lessons and improve delivery. We also know what the Lions in South Africa brings to our country, in tourism, in job creation and in money,” says Alexander.

“The projections are that 13300 temporary jobs will be created, with many evolving to sustainable and permanent jobs. We are expecting 37000 tourists to support the Lions across South Africa. There will be a R450 million tax benefit to government and significant economic benefits.”

South Africa’s track record to host the biggest and grandest global sporting events is exemplary and Alexander believes the Lions in South Africa in 2021 will be ground-breaking and revolutionary to rugby on every level.

“I am massively excited about the Lions South Africa 2021. It will be the biggest and the best.”

Ian McGeechan, who played for and coached the Lions in South Africa, says to be in South Africa as part of the ‘Sea of Red’ is an experience never to be forgotten.

“South Africa has a special atmosphere to it that you simply can’t find anywhere else,” says McGeechan.

Another of the Lions legends, Ireland’s Brian O’Driscoll says: “South Africa gets it (the Lions) the most and as a player you know it is going to be hard.”

Former Lions players saturated social media platforms when the tour schedule was confirmed earlier in the week. Ireland’s Gordon D’Arcy tweeted: “What a schedule in a beautiful rugby mad country.” And England’s Lawrence Dallaglio added: “If you’re thinking about something to aim for in 2021 then go Big!! Go and follow the Lions (The Special Forces of Rugby) v the World Champions. The 1997 Tour to South Africa was the best rugby experience of my life!”

Registration for interest in tickets for the 2021 British & Irish Lions Tour to SA is www.lionstour2021.co.za.

South African Rugby Union boss Mark Alexander has told the world it is ‘hands off’ when it comes to Director of Rugby and World Cup-winning coach Rassie Erasmus.Alexander, with the support of his executive...

END_OF_DOCUMENT_TOKEN_TO_BE_REPLACED

Treat Siya’s Boks as mortals & cut them some slack

Life will never be the same for Siya Kolisi and his all-conquering World Champion Rainbow Warriors, writes Mark Keohane in his Independent Media and IOL Keo Corner column, but he urges South Africans to...

END_OF_DOCUMENT_TOKEN_TO_BE_REPLACED

Mark Keohane, in his Cape Times column, writes that the authentic transformation of the Springboks makes this World Cup campaign the most significant in the history of South African rugby.This World Cup is only...

END_OF_DOCUMENT_TOKEN_TO_BE_REPLACED

Bet on the Boks to beat Japan by 20 points

Mark Keohane in his Independent Media and IOL Sport Rugby World Cup daily column, is super confident the Springboks will prove too powerful for host nation Japan in Sunday's final quarter-final.There will be no...

END_OF_DOCUMENT_TOKEN_TO_BE_REPLACED

These Springboks are unified & transformed

END_OF_DOCUMENT_TOKEN_TO_BE_REPLACED

Bok brilliance against minnows must not mask failures against All Blacks

Mark Keohane, in his Independent Media and IOL Sport daily World Cup column, writes that as wonderful as it was to watch the Boks destroy minnows like Namibia and Canada, the greater analysis remains...

END_OF_DOCUMENT_TOKEN_TO_BE_REPLACED

Wayne Barnes and Nigel Owens are comfortably the best referees in world rugby. Yet both couldn’t make the most obvious and decisive calls when it came to thuggery over the weekend writes Mark Keohane...

END_OF_DOCUMENT_TOKEN_TO_BE_REPLACED

Why it makes sense for Boks to start with Bongi

Mark Keohane, writing in Independent Media and IOL Sport, gives Mbongeni Mbonambi's selection to start against Italy the thumbs up.I think Malcolm Marx, when on top of his game, is without comparison among world...

END_OF_DOCUMENT_TOKEN_TO_BE_REPLACED

Why the Rugby World Cup bore will become bliss

Mark Keohane, in Independent Media's print publications and IOL Sport, writes that six teams can win the World Cup, but only six teams make up the World Cup.You’ve got Australia versus Wales on Sunday...

END_OF_DOCUMENT_TOKEN_TO_BE_REPLACED

Forget the ref, Boks were beaten by better team

Mark Keohane, in Independent Media's publications, writes that any Springbok bashing would be a misrepresentation because Saturday’s 23-13 defeat against the All Blacks was a fantastic game of rugby. However, Bok coach Rassie Erasmus...

END_OF_DOCUMENT_TOKEN_TO_BE_REPLACED

Apologies Ireland and Wales but history is stacked against any World Cup success in Japan, writes MARK KEOHANE in is Independent Media and IOL Sport daily World Cup watch column.

END_OF_DOCUMENT_TOKEN_TO_BE_REPLACED

Super Savea could be All Blacks World Cup saviour